Speaking as a parent myself, I can say that the term and diagnosis Attention Deficit Hyperactivity Disorder, or ADHD for short, has become almost commonplace.  I’m sure that like me, you know someone, most likely even close friend or immediate family, who was diagnosed with the condition and is currently medicated for it.  In fact, in the United States, the rates of incidence for ADHD has increased from 7.8% of children in 2003, to 9.5% in 2007, and to 11.0% in 2011.  That means that as of 2011, approximately 6.4 million children 4-17 years of age have been diagnosed with ADHD!

So what’s this mean for you?  For example, if my kid has ADHD, they just go to the doctor, get their medicine, and are fine, right?  Well, fine as long as they take their medicine.  Which they need to take for how long exactly?  The rest of their life?  Keep in mind that more than half of all young people with ADHD will continue to struggle with the condition well into their adulthood.  But even beyond the medication, children with ADHD are more likely to have major injuries, hospital inpatient, hospital outpatient, and/or emergency department admission than children without ADHD.

You’re probably thinking something along the lines of “great, thanks for making me feel bad about my child/friend/relative with ADHD and how there’s nothing I can do.”  But the truth is that there have been examples in the research of chiropractic care effectively working as an alternative form of treatment for children with ADHD.  In some cases, the chiropractic worked so well that the child was actually taken off of their medication, by their medical doctor!

One of the best examples of this is a case published in the Journal of Manipulative and Physiological Therapeutics.  A chiropractor named Anthony Bastecki treated a five year old boy who had been diagnosed with ADHD and prescribed Ritalin, Adderall, and Haldol for 3 years.  Let’s just stop and think about that for a second; can you imagine having to give your two year old medication every single day?  Even worse, the parents of the child reported that he had developed facial tics shortly after beginning taking the Ritalin.

Much like the procedure in our office, Dr. Bastecki began the treatment by x-raying the patient’s cervical spine(neck).  He found that the boy had lost his normal cervical curve known as a cervical lordosis, and in fact the curve had become reversed, also known as kyphotic.  Keep in mind here that this boy had no complaints of neck pain, headaches, or any sort of ‘typical’ musculoskeletal complaints usually seen in a chiropractic office.  Regardless of that fact though, the child received steady chiropractic care over eight weeks.

The beneficial effects of the chiropractic care began to show almost immediately. After 12 visits, the patient’s mother reported that she began to notice positive changes in her son’s behavior.  After the 17th visit, the mother reported a decrease in the frequency and severity of facial tics in her son.   And after the 27th visit, the child’s medical doctor decided that the child no longer exhibited the symptoms typical of ADHD and took the child off of his medication.  Also, even more interesting to a note from a chiropractic standpoint, was that the improvement in the child’s ADHD symptoms correlated with an improvement in his cervical spine as evidenced on post-treatment x-rays.

So what does this mean, that every child with ADHD has an abnormal cervical curve and if we fix that then their guaranteed to get better?  Unfortunately, not necessarily but things would be a whole lot simpler if that was the case.  The fact is that when your spine loses its normal curve, stress is placed on your nervous system.  The technical term we use to describe it is adverse biomechanical tension in your central nervous system.  As chiropractors, we most commonly see this tension as neck pain, back pain, and headaches but the adverse side effects of an abnormal spine and tension/stress in your nervous system are not limited to these complaints.  Not by a long shot.  Your nervous system controls every function in your body; how you move, think, eat, sleep, breathe, etc.  When you undergo chiropractic care, and your spine is improved to get closer to that ideal position, your body responds appropriately and functions as it should.  In some cases, this means your headache goes away.  But as we saw in this case today, it can also mean that your child’s ADHD could improve.

So in closing, get your and your child’s spine checked today!  The benefits of having a normal spine could be greater than you realize!

Newark Chiropractors May Help Scoliosis. Among common back conditions, scoliosis is one that has the potential to cause a great deal of pain and immobility. Between 5 million and 7 million people in the United States are affected by scoliosis....

Newark Chiropractor Discusses Different Types of Headaches Headaches are one of those health issues that can be mild and irritating, severe and debilitating, or one of many degrees in between. They can build up slowly or come on suddenly, and no matter....

Newark Chiropractor Talks about Bulging Discs and lower back pain. The concentric rings made from cartilage and other materials that are located between your vertebrae are known as discs. These discs provide...

Choosing a Chiropractor in Newark

How to choose the best chiropractor in the Newark, DE area.

Can chiropractic help disc herniations? Dr. Travis McKay of Advanced Back & Neck Pain Center in Newark, DE discusses the benefit of chiropractic treatment on lower back pain or neck pain stemming from a herniated disc in the spine. 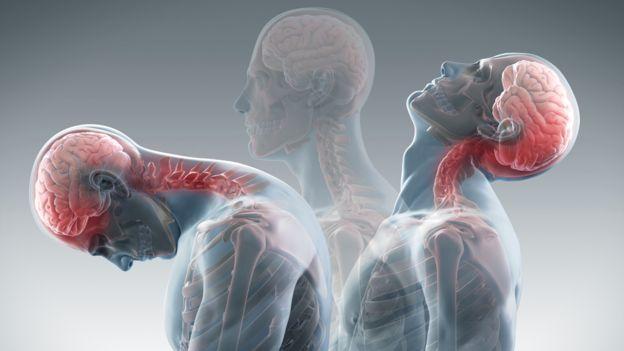 Whiplash type injuries following car accidents are very common. In this post, Dr. Travis McKay of Advanced Back & Neck Pain Center in Newark, DE lays out the most common whiplash symptoms and how to correct them.